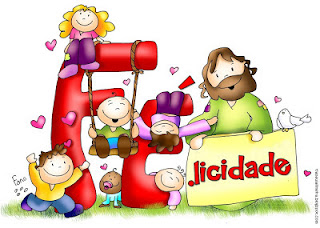 By the word and power of Jesus, two cases of healing: women and girl, away from social life. Highlights: the expression of the faith of the head of the synagogue: "Come and lay your hands upon it, that it may be saved and alive"; the boldness and faith of the woman suffering from bleeding: "If I just touch his robes, I will be healed";  and Jesus with complete willingness to help those who ask him for help.
Adapted by Flávio.

1st. Reading
Reading Samuel's second book 18,9-10.14.24-25.30-19,3 – In those days, 9Absalom found himself by chance in the presence of David's men. It was riding a mule, and it got under the thick foliage of a large oak tree. Absalom's head was trapped in the branches of the tree, so that he was suspended between heaven and earth, while the mule on which he was riding passed on. 10Someone saw this and informed Joab, saying, "I saw Absalom suspended in an oak tree." 14Joab then took three darts and stuck them in Absalom's chest. 24Davi was sitting between two city gates. The sentry who had climbed to the door terrace, over the wall, raised his eyes and shared a man who had been running alone. 25 He went to shout and warned the king, who said, "If he comes alone, bring some good news." 30The king said to him, "Pass and wait here." Having passed and being in his place, 31 appeared the Ethiopian and said, "I bring you, Lord my king, the good news: the Lord has done you justice against all who had revolted against you." 32The king asked the Ethiopian, "Is it all right for the young Absalom?" And the Ethiopian said, "Be lucky enough of this young man the king's enemies, my lord, and all who stand up against you to harm you!" 19.1 Then the king shuddered, ascended into the room that is above the door and fell into tears. He said among hiccups, "My son Absalom! My son, my son Absalom! Why didn't I die instead? Absalom, my son, my son!" 2They announced to Joab that the king was crying and whining because of his son. 3 Thus, victory became mourning that day for all the people, for the people had known that the king was late in pain because of his son. "Word of the Lord, in and lay your hands upon it, that it may be saved and alive"; the boldness and faith of the woman suffering from bleeding: "If I just touch his robes, I will be healed"; and Jesus with complete willingness to help those who ask him for help.

Gospel
Hallelujah, hallelujah, hallelujah. Christ took upon himself our pains, / carried in his body our weaknesses (Mt 8,17). Proclamation of the gospel of Jesus Christ according to Mark 5,21-43 – At that time, 21Jesus crossed again on a barge, to the other bank. A large crowd gathered next to him and Jesus stayed on the beach. 22 Then one of the chiefs of the synagogue, named Jairus, approached. When he saw Jesus, he fell at his feet 23 and asked with insistence, "My little girl is in the last. Come and put your hands on her, so she can be and live!" 24Jesus then accompanied him. A large crowd followed and compressed him. 25Ora, there was a woman who, twelve years ago, had a hemorrhage; 26 had suffered in the hands of many doctors, spent everything he possessed and, instead of improving, worsened more and more. 27 And he heard of Jesus, he approached him from behind, in the midst of the crowd, and touched his clothes. 28 She thought, "If I even touch his clothes, I'll be cured." 29A hemorrhage stopped immediately, and the woman felt inside herself that she was cured of the disease. 30Jesus soon realized that a force had come out of it. And turning in the crowd, he asked, "Who touched my clothes?" 31The disciples said, "Do you see the multitude that compresses you and still asks, 'Who touched me?'" 32 But he looked around to see who had done it. 33A woman, full of fear and trembling, realizing what had happened to her, came and fell at the feet of Jesus and told him all the truth. 34 He said to him, "Daughter, your faith has healed you. She goes to peace and is cured of this disease." 35 He was still speaking when some of the synagogue chief's house arrived and said to Jairus, "Your daughter died. Why still bother the master?" 36Jesus heard the news and said to the head of the synagogue, "Don't be afraid. Just have faith!" 37 And he did not let anyone accompany him, except Peter, James, and his brother John. 38 When they arrived at the home of the head of the synagogue, Jesus saw the confusion and how they were crying and screaming. 39 Then he came in and said, "Why this confusion and this crying? The child is not dead, but he's asleep." 40 then began to make fun of him. But he told everyone to leave, except for the girl's father and mother and the three disciples who accompanied him. Then they went into the room where the child was. 41Jesus took the girl's hand and said, "Talitá cum" – which means, "Girl, get up!" 42 She got up immediately and began to walk, for she was twelve years old. And everyone was amazed. 43 He strongly recommended that no one know about it. And he had to feed the girl. - Word of salvation.