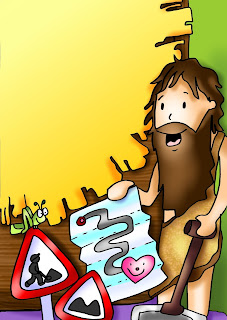 Marcos, with a wealth of details, highlights the great figure of João Batista. This time to talk about his death. For his unconditional fidelity to the vocation as the precursor of the Messiah, for his consistency of honest and transparent life. May Christians, in increasing numbers, take Jesus as their model for their audacity and strong words in defense of the little ones of this world.
Adapted by Flávio.

1st. Reading
Reading from the book of Ecclesiastical 47,2-13 - 2As the fat, which is separated from the peaceful sacrifice, so also David stands out among the Israelites. 3 He played with lions as if they were goats and with bears as if they were lambs. 4 Was it not he who, as a young man, killed the giant and removed dishonor from his people? 5When he raised his hand with the stone in the sling, he struck down Goliath's pride. 6For he called on the Lord, the Most High, and he gave strength to his right arm and he ended up with a mighty warrior and raised the power of his people. 7 So it was that they glorified him for ten thousand and praised him for the blessings of the Lord, offering him a crown of glory. 8For he crushed enemies everywhere and annihilated the Philistines, his adversaries, slaughtering his power to this day. 9 In all his works he gave thanks to the Most High with words of praise: 10 with all his heart he praised the Lord, showing that he loved God, his creator. 11 Before the altar he placed singers, who were to accompany the melodies gently. 12He gave great splendor to the feasts and perfectly ordered the solemnities until the end of the year: he caused them to praise the holy name of the Lord, filling the sanctuary with harmony from the dawn. 13The Lord forgave him of his sins and exalted his power forever; granted him the royal covenant and a glorious throne in Israel. - Word of the Lord.

Psalm 17/18
Praise God, my savior!
1. The ways of the Lord are perfect, / His word is tested by fire; / our God is a powerful shield / for those who trust Him.
2. Long live the Lord! Blessed be my rock! / And praise be to God, my savior! / Therefore, among the nations, I will praise you, / I will sing psalms, O Lord, in your name.
3. You grant your king great victories † and show mercy to your anointed one, / to David and his house forever.

Gospel
Hallelujah, hallelujah, hallelujah. Happy are those who observe the Word of the Lord with a right heart / and who bear many fruits, persevering to the end! (Lk 8,15) - Proclamation of the gospel of Jesus Christ according to Mark 6,14-29 - At that time, 14th King Herod heard about Jesus, whose name had become very well known. Some said: “John the Baptist rose from the dead. That is why the powers act on this man ”. 15 Others said, "It's Elijah." Others said, "He is a prophet like one of the prophets". 16Hearing this, Herod said: “He is John the Baptist. I had his head cut off, but he was resurrected! ”17Herod had ordered John to be arrested and chained to prison. He did this because of Herodias, his brother Philip's wife, with whom he had married. 18John said to Herod, "You are not allowed to be with your brother's wife." 19 So Herodias hated him and wanted to kill him, but he couldn't. 20 Indeed, Herod was afraid of John, for he knew that he was just and holy, and therefore he protected him. He liked to hear it, although he was embarrassed when he heard it. 21Finally, the opportune day came. It was Herod's birthday, and he made a great feast for the great court, the officials, and the important citizens of Galilee. 22 Herodias' daughter came in and danced, pleasing Herod and his guests. Then the king said to the girl, "Ask me for what you want and I will give it to you." 23And he swore to her, saying, "I will give you whatever you ask of me, even if it is half of my kingdom." 24She went out and asked her mother, "What am I going to ask for?" The mother replied, "The head of John the Baptist." 25And, returning quickly to the king, he asked: "I want you to give me the head of John the Baptist on a plate now." The king was very sad, but he could not refuse. He had taken the oath before the guests. 27 Immediately, the king ordered a soldier to fetch John's head. The soldier went out, slaughtered him in prison, 28threw his head on a plate and gave it to the girl. She gave it to her mother. 29 Upon learning of this, John's disciples went there, took the corpse and buried it. - Word of salvation.